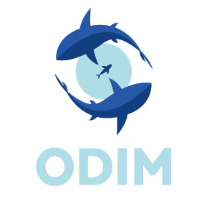 Currently when creating issues we add the tags like ‘bug’, ‘enhancement’ ‘documentation’ Additionally we have ‘Aggregation service’ and ‘Update Service’. The current tags are listed at (https://github.com/ODIM-Project/ODIM/labels). We will drop using these are adopt the tags listed below. Going forward we will attach three types of tags to every issue in github  namely:

Issue type buckets the issue as one of bug, feature, tech debt and question. Details are provided below

The issue is created to id, track and fix a bug identified in the system

This will implement tech debt items like architecture or code clean up.

This is a query from a user and needs an answer. We don’t need to implement any changes. However it may trigger implementation via a new issue.

These labels describe an issue's state in a defined workflow. A new issue will have tag status:new. The dev team will change tag to status:confirmed if we are OK to pick up the change soon, status:deferred if we OK are to pick this issue but at a later date or status:rejected if we will not take this up or disapprove of this request.

This is the status set by requestor initially.

The issue is accepted however implementation will wait as it is deferred to a future date.

The issue has been in progress but not completed due to technical reasons. The implementation could be marked as incomplete because

The issue is rejected and will not be implemented

The issue is completed and confirmed to be working as expected.

issue states status:rejected or status:resolved will be end states of all issues.